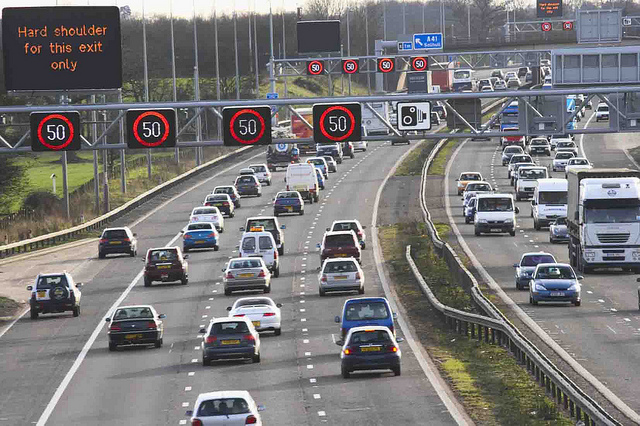 Improved customer service, better planning and stronger relationships are at the heart of a five-year plan which sets out how England’s motorways and major A roads will be modernised, maintained and operated between 2015 and 2020.

The pledges are made in the first Strategic Business Plan published by Highways England – the Government-owned company which will replace the existing Highways Agency from April next year, the name of which was announced by Roads Minister John Hayes in Parliament on Monday (8 December).

The plan includes commitments to planning roadworks to reduce further works over the next five years, clear up incidents more quickly, increase access to local routes for cyclists and pedestrians, improve the environment for those who live by our roads and make £1.2billion of efficiencies through innovation, smarter working and better planning. Closer working with partners and stakeholders will enable better delivery and future planning for the next roads investment period.

This is another important milestone for England’s motorways and major A roads.

Our Strategic Business Plan makes it clear that in order to deliver investment of this scale we need to work smarter, build strong relationships and provide a really good service for our customers. This will allow us to provide a network that offers better journeys on better roads enabling growth across the country.

The plan is ambitious and sets out a vision where safety means no-one should be harmed on our network; where minimal disruption means planning roadworks better over the next five years; and modernisation means more ‘smart’ motorways and a new standard of A road turning them into ‘expressways’. When we realise this vision it will make a real difference for the four million people who drive on this network every day.

This is the first time a five-year business plan has been developed for England’s strategic road network. Published in response to the Road Investment Strategy published on Monday 1 December, it explains how the new company will deliver the largest investment in roads since the 1970s, enabling economic growth in cities and towns across the country.

The plan focusses on modernising, maintaining and operating the network, making specific commitments, including:

The plan will be followed by a detailed Delivery Plan, due for publication before Highways England starts operating in April 2015, which sets out how the Strategic Business Plan will be delivered.